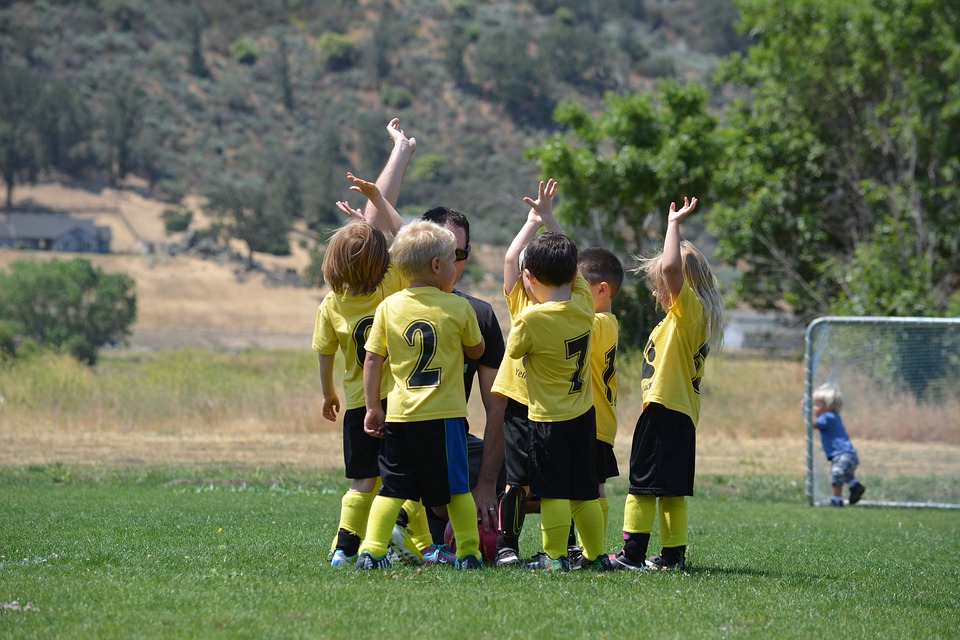 Losing is hard.  It’s in our nature to want to be the best. Starting at very young age children can exhibit exactly how much they hate losing.  Whether it be losing to a sibling, daycare friend, or classmate.  An innocent game of Duck, Duck, Goose can result in multiple tantrum throwers.

It’s disappointing when the object of the game is to win and they feel like they fell short.  Losing gracefully is a hard lesson to learn, but showing your kids how to accept defeat will make the game more enjoyable for them without the constant fear of disappointment.

On the flip side, the gloating and the “In your face!” attitude isn’t any better.  It’s important to find a healthy balance no matter whether they are the winner or the loser. 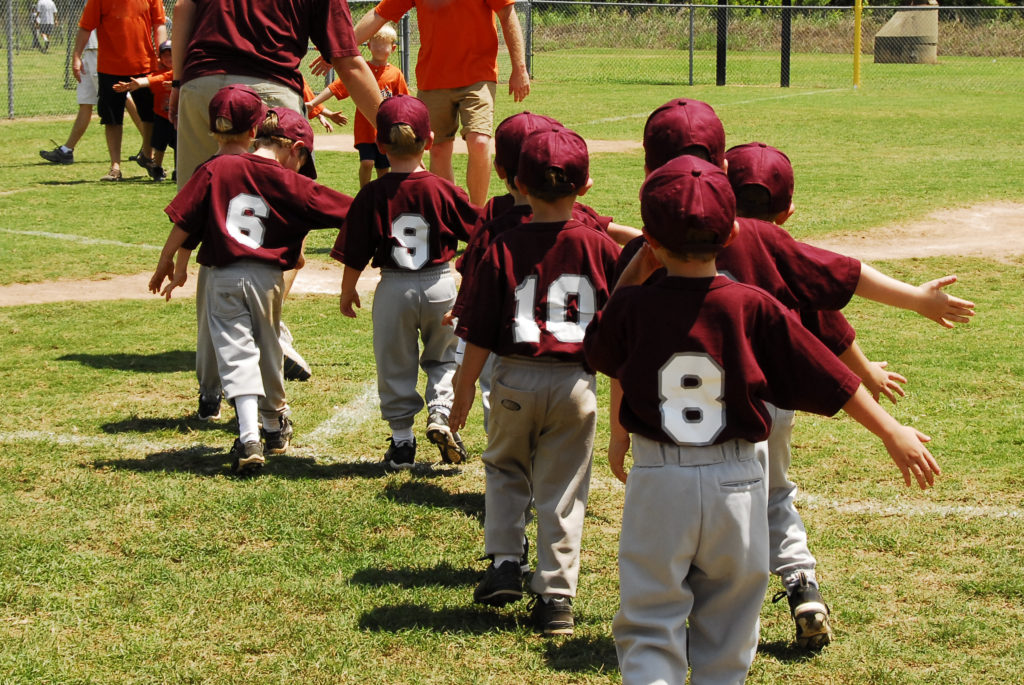 Here are some tips that you can share with your kids to make sure that your child can experience the joy of being part of a team while also being a good sport.

If you’re great at what you do people will notice.  Don’t gloat to your teammates or to the other team.  It’s important to be a good sport and be humble while accepting praise graciously.  There is nothing wrong with being great at what you do.  Just don’t make others feel bad about their skill level.

Even if you don’t agree with the coaches decision it’s important to follow their instruction and wait until after the game to discuss it with them privately.  Arguing during the game isn’t going to solve anything and will just be disruptive.

3.  Abide By the Rules of the Game

Even if you are the greatest player on the team sometimes you may have to sit on the bench.  Being a good sport means that you don’t pout when it’s your turn to sit out.  Instead, use this opportunity to cheer on your teammates that are playing the game.

If you make a mistake learn from it and move on.  Trying to put the blame on someone else prevents you from growing as a player.

Congratulating the opposing team on a win is a great way to show that you are a good sport.  Ending the game on a high note regardless of who won emphasizes the joy you gain by participating in a positive way on your team.

Cheating is not the way a good sport goes about winning a game.  If you cheat and get caught it will reflect badly on not just you, but your team as well. Even if you do end up winning by doing something unfair, a win that was gained by cheating will feel hollow and unsatisfying.

You might not feel like playing every time you show up for a game.  You could be tired or just plain don’t feel like it.  It’s important that you help your teammates out and put all of your effort into the game.  Even if you’re losing the game by a large number of points you still need to get out there and play.  You can learn a lot by playing a team that has more experience than you.

Arguing with the officials is going to get you nowhere other than possibly thrown out of the game.  If the call is in dispute allow your coach to discuss it with the official.  Regardless of how it ends up, you will need to accept the result whether you agree with it or not.  Ask your coach to clarify the decision for you after the game is over.

Encouraging your fellow teammates whether they made an awesome play or made a mistake is a great way to display solidarity with your team.  Show a united front to your competition!

Setting a good example for your kids is one of the biggest ways that you as a parent can teach good sportsmanship.  Yelling at a ref or a coach from the sidelines is not only really embarrassing for kids, but it also sets the wrong tone for dealing with real or perceived injustices.

Encourage your kids whether they win or lose.  If they made a mistake and are being hard on themselves, point out something that they did right in the game.  The goal should be to have fun and make some lasting friendships.