People in the United States are passionate about sports. Whether it’s football, basketball, baseball, or hockey, most of us have our favorite teams we root for. Americans like sports so much that three-quarters of all adults claim to be sports fans. Let’s take a look at the city’s sports fanatics love the most. Is your city one of them? 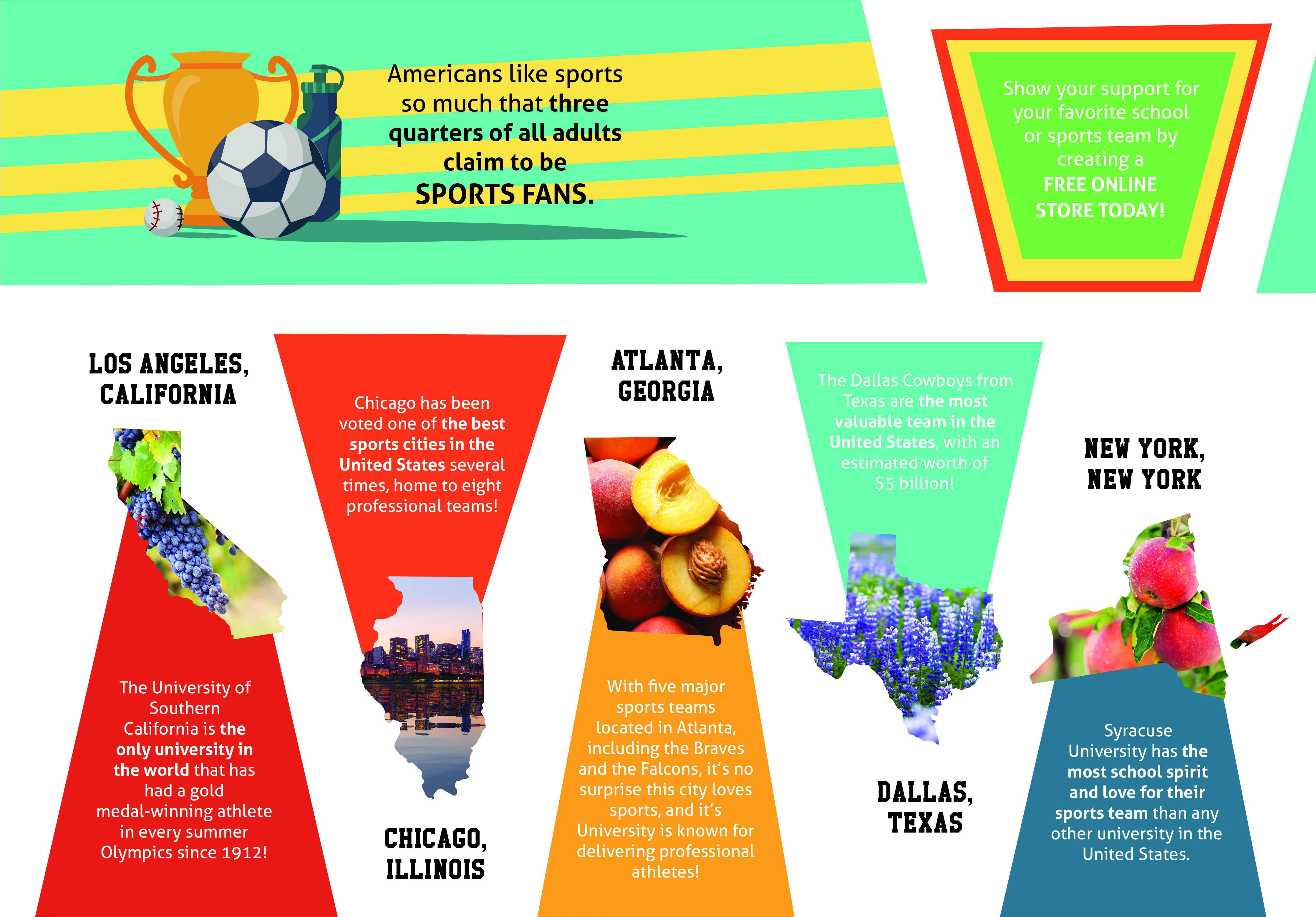 Los Angeles, California
Home to a handful of sports teams like the Lakers, the Dodgers, and the Rams. Sports are a big deal in Los Angeles – they even have eleven professional major league teams! The Los Angeles Lakers are the most popular and professional team in the United States, winning several Basketball Association of America (BAA) and National Basketball Association (NBA) titles. Students love their school sports team almost as much, if not more, than their big league counterparts. The University of Southern California is represented by the Trojans and it’s the only university in the world that has had a gold medal-winning athlete in every summer Olympics since 1912!.

New York, New York
The “Big Apple” boasts nine professional sports teams, the most famous being the Knicks and the Yankees. Even though football is the most followed and basketball is the most played, baseball is still the most popular sport in New York. You can’t visit without noticing how devoted New Yorkers are to their sports teams. A recent study shows Syracuse University has the most school spirit and love for their sports team than any other university in the United States. If you’re a baseball fan, there’s nothing quite like eating a good hotdog and catching a game at Yankee Stadium.

Chicago, Illinois
Chicago has been voted one of the best sports cities in the United States several times and when you visit, you’ll quickly see why. There are eight professional teams that play out of Chicago, including the White Sox, the Cubs, and the Blackhawks. The Blackhawks are one of the “Original Six” NHL teams who have won six Stanley Cups since 1926. Those who have attended a sports event in Chicago say the atmosphere and energy is unlike any other. Be sure to check out the Chicago Sports Museum – a must-see for any sports fan!

Dallas, Texas
Texans are known for their love of football. There are six major teams in Dallas, with the most popular being the Dallas Cowboys who were founded in 1960. The Cowboys are the most valuable team in the United States, with an estimated worth of $5 billion! If you’re a basketball fan, you probably already know of the Mavericks. They have the most loyal fan base of all the NBA. If you want to snag tickets to a Mavs game, you better buy them early – They have sold out of 719 consecutive games, which is the best sellout streak NBA has seen yet.

Atlanta, GA
With five major sports teams located in Atlanta, including the Braves and the Falcons, it’s no surprise this city loves sports. Home to Frank Sinkwich and Herschel Walker, who both played for the University of Georgia. Every year locals can look forward to Deep South’s Oldest Rivalry, a college football rivalry between the Auburn Tigers and Georgia Bulldogs. These two teams have been playing against each other since the late 1800’s!

If you live in any of these cities, there’s a good chance that you are a sports fan yourself. Show your support for your favorite school or sports team by creating a free online store today! Your online store comes with merchandise that is ready to be customized with your logo, and the best part is, you don’t have to carry any inventory or worry about shipping! With 12% cashback on every order, an online store is perfect for fundraising for your local school, sports team, summer camp, or club.