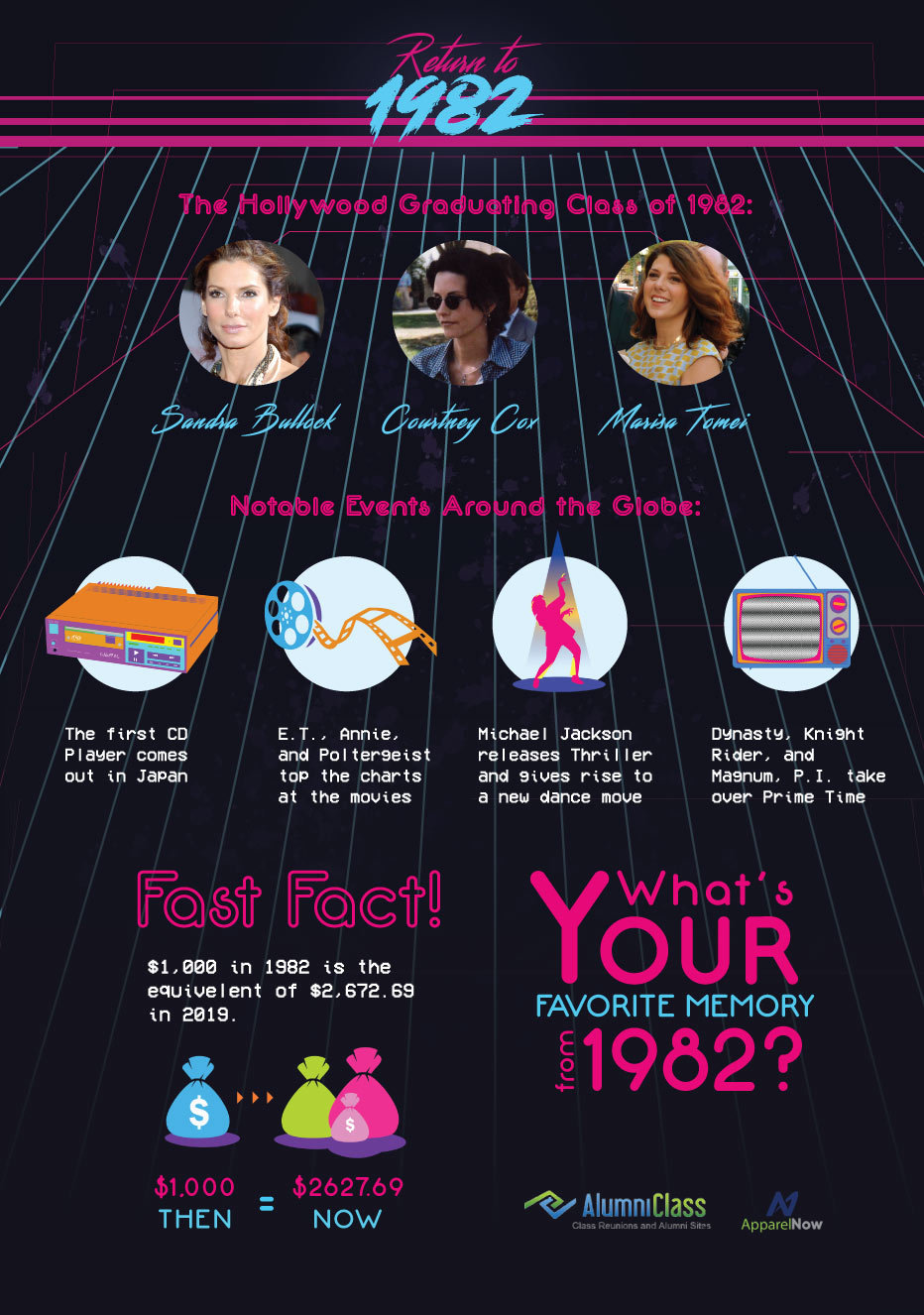 Ahh, the time is 1982. Do you remember what you were doing? We graduated in a time where pop culture was at its peak and witnessed the birth of the most influential piece of technology – the computer. Some remember the ‘80s for the eclectic fashion trends like legwarmers, headbands, and, you guessed it – mullets. You didn’t think we forgot, did you?

If you were a 1982 graduate, you might also remember the struggle of landing your first job out of high school due to the severe economic recession that affected most of the world. By the end of 1982, the national unemployment rose to 10.8%, the highest it’s been since the Great Depression.

Despite the hardships, the ‘80s were a time to celebrate and played a pivotal role in society as we know it today. Here are some highlights from the year 1982:

What’s your favorite memory from 1982?

Thousands of students have joined our partner, AlumniClass to find their school and old classmates. If you’re planning a class reunion, consider creating a free online store with Apparel Now to raise money for your next event. You’ll receive 12% cashback on each sale! That means more money for things like decorations, food, drinks, and prizes. Create your free store today!